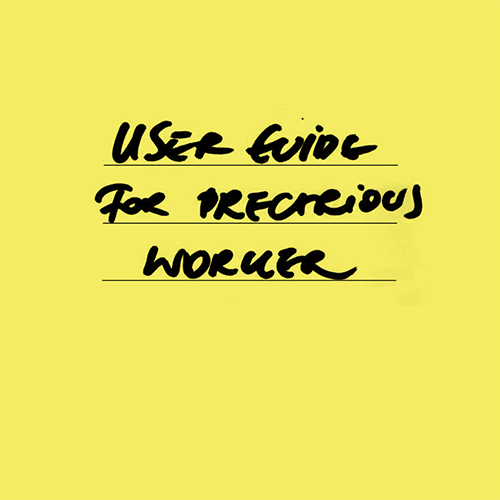 “Lapse as a public event and tool for social reanimation.”

A lapse – lapsus, is an experiment of cooperation, which is not based on sympathy or consensus. I chose lapsus for its sensual-emotional complexity and immediacy, to be an occasion for alternatives in self-organizing and collective co-emergence. I chose to search not through the affirmation of any exact alternative or potentiality of alternative, but by inhabiting a state of disruption. I asked people who share an affection for moments of lapse or those to whom those moments frequently happen to join the project. We were working through combining mechanical and organic processes of dialogue, exchange and production. Methods and tools used in this practice were: lapse, parody, mockery, inconsistency, reanimation and personal resistance. The main reason to initiate this search was to try out a process that would embrace a condition of fuzzy, fractalized and flexible subject and precarious work structure in cognitive production with its possible collapses. As an event producer in an age of commodification of time, experience and event I decided to play with this structure and to invite a lapsus as a moment of disruption; to be able to see and work with the moment of getting out from the disruption and possibility of fallacy. Does a collapse produce stiffening or reinvention of the norm?