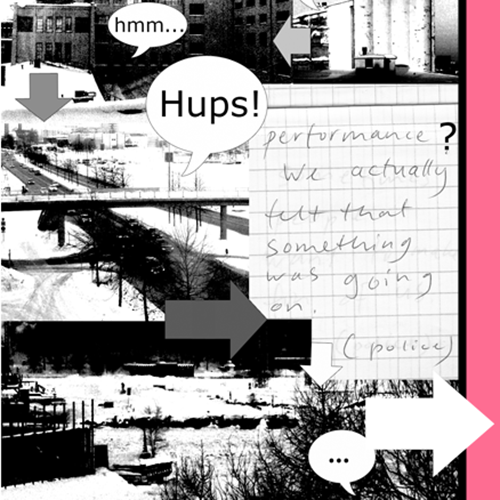 Performance Oops! was based on remembering, reconstructing and reproducing moment of lapse. That moment happened just suddenly. Maybe it wasn’t even very important moment, rather for sure quite unimportant, rather weird. Maybe it was a little shamefull maybe jut a little funny or stupid. Maybe it happened in refraining habits or in every day situation. On the way to school, on sunday walk, during the lecture or family meeting. We have reanimated this moment. Naively beliveing that somewhere there in a collapse, failure, lapse…… 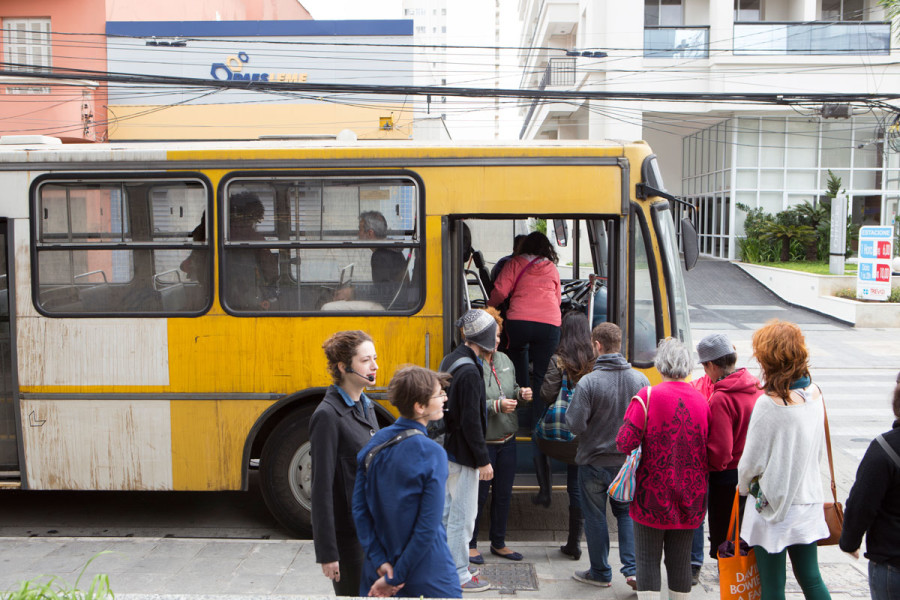 Performance developed together with Brazilian performance artist Elisa Band entitled The Perfect Shipwreck Tour started in 2012. The performance takes place during a bus tour. It was presented in Sesc Pinheiros in São Paulo in August 2013. Performance is constructed on the co-lapses of narratives and bodies, times and places of São Paulo, Helsinki, St. Petersburg and Poland. The performance was supported by The Arts Promotion Centre, Finland and Frame Visual Art Finland.

Parasitic Performance” is a 90-minute solo piece in which Karolina Kucia makes use of performance practice, the production of objects and small architectonic forms all based on the idea of parasites. “Parasitic” is based on mutant or incomplete existences: the romantic figure of the parasite as a ”minor” being, which is able to inhabit the production-consumption relationships of the ”major” beings in the dominant structures. 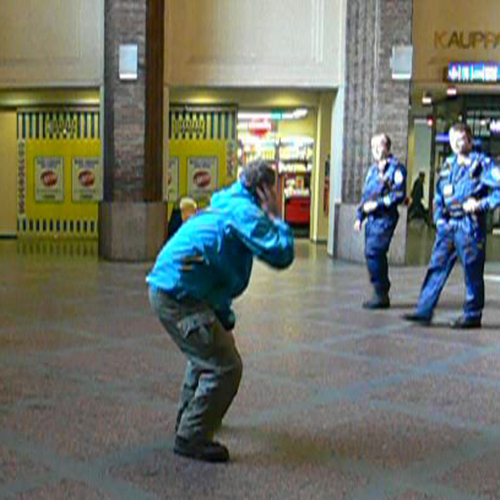 Lapse is performative study on slip and stutter of returning refrains in condition of fractalisation of time structure. The background of the study is “economy of event”. I have presented an early study of this subject as a performance and group process called “Oops!” in 2009 in Theatre Academy of Helsinki as my graduation piece in Live Art and Theory programme. During 2015 I will work on the continuation of that research, performance practice and production of live art piece.