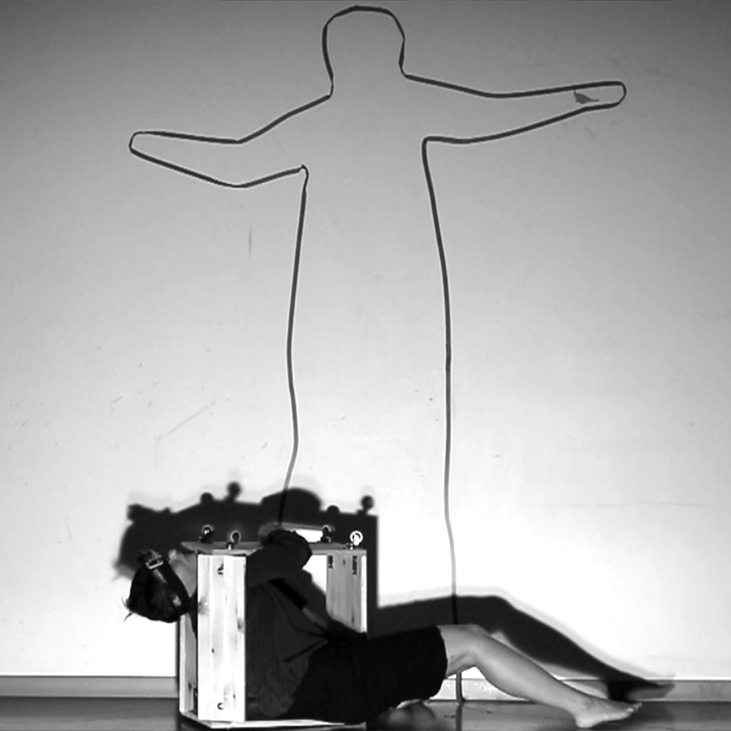 ”Parasitic Performance” is a 90-minute solo piece in which Karolina Kucia makes use of performance practice, the production of objects and small architectonic forms all based on the idea of parasites.

“Parasitic” is based on mutant or incomplete existences: the romantic figure of the parasite as a ”minor” being, which is able to inhabit the production-consumption relationships of the ”major” beings in the dominant structures.

It is a performance about creative and cognitive workers, portraying mental and emotional states within the production of the social. What makes the ‘ideal’ worker? Narcissism, opportunism, flexibility, collaboration or the illusion of goodness? How does this relate to the work of a European artist?

“Parasitic Performance” aims to map out these mental abilities and social expectations while working with the state of ”unworkability” and the method of stutter. 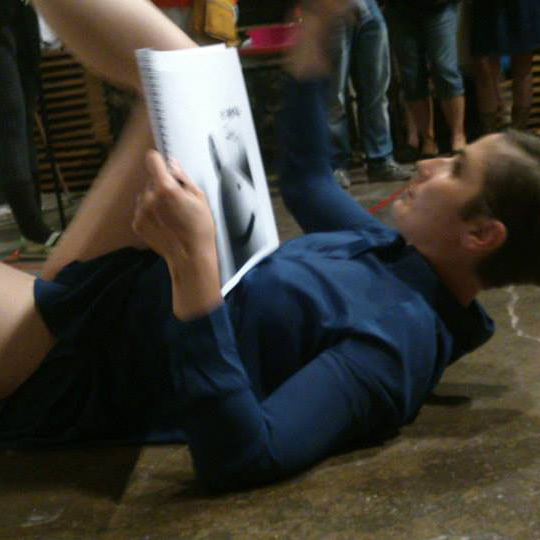 me and the friend of mine, we like to pose to each other:
the servant – the master
the dirty one – the clean one
the good one – the bad one
the poor one
the distant one
the bourgeois one
we collaborate